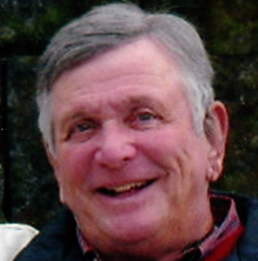 Seymour “Duke” Semilof, 83, died on May 14, 2022 in Sarasota, Fla. Duke was born in Brooklyn, NY, but moved to Kingston, NY, when he was nine years old. His older brother, Harvey, gave him his nickname after watching him play Little League baseball. He called him Duke after Duke Snider of the Brooklyn Dodgers, and the name stuck. Duke graduated Kingston High School in 1956 and then from Syracuse University where he earned a degree in journalism. After his father’s unexpected death in 1962, he joined his mother and brother in the family business, Federal Venetian Blind Co., later Federal Aluminum Products, also in Kingston. He retired in 1994 and moved to Sarasota, Fla., in 1998, with his wife, Linda.

He loved to be a leader and wanted to make a difference. In the late 1960s he dedicated a year of his life as building chairman to construction of the Congregation Ahavath Israel, in Kingston. He was also a long-time member and president of the Hurley Lions Club, as well as the Wiltwyck Golf Club. He continued to contribute his energy and enthusiasm to several other boards in Palm Aire, Sarasota.

Duke loved golf and played wherever and whenever he could. He was proud of scoring, not one, but two holes in one. He also scored two double eagles. He was Tournament Chairman for two United Cerebral Palsy Celebrity golf tournaments that raised money for United Cerebral Palsy of Ulster County.

Duke learned to fly a single-engine plane. He used this ability in business but also gave his family and friends a ride when travel by road would be wearisome. He loved to travel and he made numerous trips through the Americas, Europe, Africa and South America. He sought out good food and always knew where to find a great restaurant. He had an affinity for musical theater and music from the 1940s and 50s, especially Frank Sinatra. If you spent time with Duke you know that he would often break out in a song and always knew the lyrics.

In retirement, Duke volunteered with the Sarasota Police Department. He had three partners while serving with the SPD and they became very close and spent more time together off-duty than they did on-duty. He was presented with four awards for his volunteer service before he reluctantly had to call it a day due to chronic back pain.

Duke had two children, Alex (Elizabeth) and Bonnie, with his previous wife, Jean Semilof. His second wife of 43 years, Linda Moran Semilof had a son from her previous marriage, Patrick Reis. Duke is survived by his wife, his three children as well as many nieces and nephews. He is predeceased by his brother Harvey Semilof and sister Arlene Neporent.

Duke lived his life his way. Everyone that knew Duke has a story to tell. He loved socializing and had numerous friends all across the country. He was warm and fun, and he loved to laugh. He continued laughing and joking with the hospital staff right up to his last day. The family would like to thank the Tidewell Hospice House in Lakewood Ranch for their compassion, care and professionalism.

A memorial service is planned for mid-September. Details are pending.