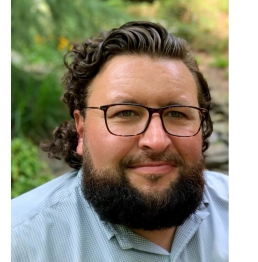 Born in New Jersey on September 9, 1981 to U. Peter and Ingrid Weitze, James was devoted to his family and large circle of friends. In short, people were his life. A graduate of the New Jersey Institute of Technology (NJIT) with a degree in architecture, James decided that office life wasn’t for him and instead pursued his love of driving the open road through opportunities in the trucking industry.

Despite foregoing a career in architecture, he was still a connoisseur of design and enjoyed crafting beautiful pieces of art that he shared with those he loved, especially at Christmas with his many spectacular ornament designs. He was particularly interested in calligraphy and enjoyed taking photos, almost always sharing them with others.

At a very early age, James became an accomplished skier and cycler. One of his proudest undertakings was successfully navigating the famed Tuckerman Ravine in New Hampshire’s White Mountains. Then, in 2011 he took a solo bike ride across America, enjoying the places and people he found along the way. James was also an avid fan of music of all genres and had a quirky and quick sense of humor.

James lost his mom, Ingrid, in 1983 and was lovingly cared for by his maternal and paternal grandmothers for many years. Even after gaining another mom and two grandparents in 1990, grandmothers, Hanna and Gertie, remained a central part of his life. He treasured them.

A special uncle, Eric Weitze, also played an important role in James’ life, as did his aunt, Ute Kitching and her husband, Brent. He always enjoyed their company and the interaction with his many cousins.

In addition to his parents U. Peter and Kathy Weitze, James is survived by his two brothers, Robert and Rudy, and his sister, Erica. Robert and his wife, Patti, made James an uncle – a title he was honored to hold -- with the birth of nephew Henry in 2019.

James will be very much missed by everyone he touched. Our hearts are broken and will take time to heal.

Join us to remember this wonderful, caring man and smile at some happy memories on Saturday, February 26, 2022 from 1 – 3 pm at the Gilpatric-VanVliet Funeral Home, 339 Broadway, Ulster Park, NY 12487

Please refrain from sending flowers. We suggest considering a donation to Music & Memory (https://musicandmemory.org) in honor of James. This organization envelops both his love of music and devotion to his grandmothers.