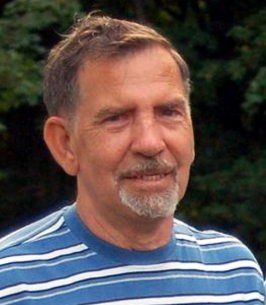 He was born in Kingston, New York on February 26th, 1939, a son of the late Howard and Georgia K. (Ellsworth) Whittaker.

George was better known as Pop. He was a jack of all trades. Receiving the nickname of Gabbie at an early age for always wheeling and dealing. No matter what it was if there was something you needed, if he didn't have it, he new someone who did. Always getting it cheaper than they wanted.

He enjoyed playing musical instruments especially the harmonica and the accordion. When you walked into his house, you were always greeted with the sound of the "oldies" playing on the radio. He enjoyed many outdoor activities including hunting, fishing and working on mechanical stuff.

He enjoyed cooking. His signature dishes included potato salad, meatballs and fudge. Anyone who was around knew they were not going away hungry.

He touched so many people's lives throughout his 82 years and will be dearly missed by all.

He is predeceased by his first wife, Joan (Joy) Whittaker, one son, Robert Whittaker and 18 siblings.

The family has entrusted the Gilpatric-VanVliet Funeral Home, 339 Broadway, Ulster Park, Town of Esopus, with the care and graveside service arrangements at St. Mary's Cemetery, which are private.